What is the Meghan Markle effect?

Back in 2010, when Kate Middleton and Prince William announced their royal engagement, we saw the start of the phenomenon that came to be known as the Kate Effect. She became a fashion icon overnight and today continues to influence British fashion, bringing an estimated £1 billion to the industry each year. Eight years later, and with another royal wedding only a couple of months away, the Meghan Markle Effect is in full force. With Meghan’s less traditional sense of style, she has been deemed a more relatable trendsetter and is therefore believed to exceed Kate as a style icon.

In Prince Harry and Meghan’s official engagement photocall, she wore a white robe coat by Canadian brand Line the Label. Within minutes the item had sold out and the obscure brand found its website crashing due to the sudden amount of visitors. Weeks after the announcement, Line the Label were still receiving a vast amount of interest - and in response renamed the coat the ‘Meghan’. 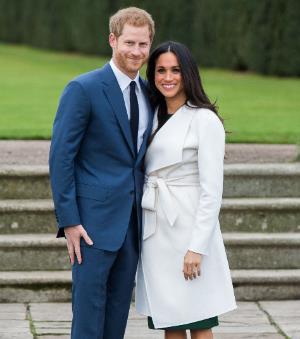 This was our way of honouring her, in the same way she chose to honour us — she's been wearing this specific coat for a long time. It's effortlessly chic, just like her.

As she continues to increase sales for various brands she has exhibited, Meghan is even having her effect on brands she hasn’t worn yet. The anticipation of what she might wear on her wedding day is high and Lyst have reported that there’s been a significant increase in wedding dress searches. Some of the brands that are seeing the biggest spikes are Erdem (+43%), Ralph & Russo (+82%), Roland Mouret (+38%).

Consumer psychologist Dr. Cathrine Jansson-Boyd suggests Meghan’s vast influence over the fashion industry is because she is previously relatively unknown, and incredibly relatable. Meghan has a minimalistic personal style and often mixes affordable pieces with more expensive items, and customers purchase items worn by Meghan to feel involved in her experience.

Meghan Markle was swept off her feet, which adds to the romance and the greatness that is their fairy tale. People want to buy into that - she's happy, and they want to feel happy, too. 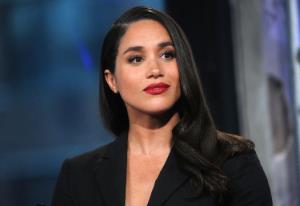 Despite the unexpected and overwhelming demand, fashion brands are clearly benefiting tremendously by being associated with Meghan. We dare to say that the Meghan Markle phenomenon won’t be slowing down any time soon and it will be interesting to see which brands will explode alongside the royal wedding in May.

Has lockdown changed the way we shop forever?

Is Sustainable Fashion the Future?